A resource for all involved in caring

My latest book is a guide for groups of people who want to share their experience of caring. If you are a carer, or if you are caring regularly for someone - a family member, friend, neighbour or fellow church member - then, you'll find in the book material to help you reflect on the process.

I've also put together a website which provides additional material and explains in more detail what's in the book. To reach it, click here. Or, by following these links, you can see sample sessions on Failure or on Growing through pain.

The Silence of Christ

In the Revelation to St John the Divine, the crucified Jesus, the Lamb that was slain, removes each of six seals from a scroll. Finally, when the seventh seal is opened, symbolic of the end of all things, there is silence in heaven. There was silence too at the beginning of all things. In those timeless, space-less moments before the Big Bang, there was eternal stillness. Our beginning and our end is silence.

Silence is important to us. For example, without the spaces between words, language would become an indecipherable jumble. It’s the infinitesimal silences our brains automatically insert between words which gives them sense. The silences give the words meaning.

For Jesus on the cross, it was the other way round. It was his words which gave his silence meaning. According to Mark and Matthew, Jesus was on the cross for 6 hours and in all that time spoke only four Aramaic words, words of desolation and despair, why have you forsaken me? Luke and John of course inherited and passed on other traditions about what Jesus said on the cross but even with them, there’s no doubt he was predominantly silent. It’s the few words he did speak that help us discern the meaning of Christ’s profound quietness.

Some silences speak for themselves. As someone fortunate enough to do my working with words in a study overlooking the sea, I know what R.S.Thomas means when he starts one of his poems: 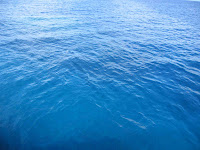 I look up from my book,
From the unreality of language,
And stare at the sea’s surface
That says nothing and means it.

Words do sometimes feel unreal or at least superficial, no more than skin-deep. But the sea, as with many other natural phenomena, though it says nothing, draws us in to the wonder of its reality, deep, as the psalmist puts it, calling to deep. In the same way, the silence of Jesus calls to us, invites us in, beckons to us. It speaks to us of his reality and bids us become part of it.

There’s a story about Mahatma Ghandi that shows how silence can do that. During his visit to London in 1931, he wanted to meet Mary Hughes, a social worker in the city’s East End. The only day they were both free was the day of the week Ghandi always kept silence. But the two met and without a word passing between them, they each felt drawn into the other’s silence sufficiently to go away refreshed and inspired by the exchange, perhaps more so than words could have achieved.

Of course Christ’s silence was not of that sort. Part of it would have been because the sheer exhaustion of dealing with such pain left him with no energy to speak. He must have been totally absorbed in his own struggle. Though the other gospel writers tell us of Jesus’ ability to think of his mother, Mary, and the penitent thief, the picture we get from Mark and Matthew is of Jesus silently coping with his own physical agony and emotional anguish as he feels God has deserted him. It’s not actually a silence into which anyone would want to be drawn unthinkingly but as Christians down the ages have testified, on this day in particular, when we respond to the invitation to allow our silence to be drawn into his, we meet him at a depth deeper than words can fathom.

Perhaps that’s because our silence is often of a similar sort. Most of us have griefs about which we don’t speak: pain from years ago that’s too old to refer to aloud but which is often in our minds, pain which is too personal for anyone else to be told about, pain we daren’t put into words in case it makes it more painful, pain because of something we wish wasn’t true and speaking it might seem to make it so. Christ’s desperate silence on the cross reaches out to our speechless depths and in the meeting, we feel known and understood.

In a way too we can feel release. It’s true that according to Mark, Christ only spoke four words. But that wasn’t the only sound he made. Just before he died, he gave a loud cry. It’s almost too painful to imagine the sound of it as it shattered his long silence, a cry possibly of anguish and torment, maybe of sorrow and anger, perhaps of release and completion. Luke alone of the gospel writers gives words to this cry: Father into your hands I commend my spirit.

If we have entered Christ’s silence with our own, perhaps we could allow that loud cry of Jesus to be a cry for us, a cry which takes our pent-up suffering, our distressing secrets, our fear of letting out our pain, a cry which picks up the silent suffering of the poor and the oppressed from generation to generation, a cry which as it echoes round the universe puts the world’s pain and ours into God’s hands.

Perhaps that was the moment when there was silence in heaven: a silence no longer of despair and desolation but one of trust and of hope. In such silence is our beginning and our end.

The Wisdom of the Parrot

The Wisdom of the Parrot - a book of short reflections

You can see samples of what's in the Wisdom of the Parrot on the Pause for Thought website. The book contains 50 reflections like those there and can be purchased below. It costs £5 plus 92p postage (orders from outside UK will be sent surface mail).

The Heart of Christmas - a book for Advent 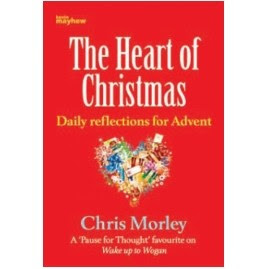 This little book offers ways of reflecting on the meaning of Christmas for our daily lives. There's a topic for each day of Advent with suggestions for how to use any time of quiet reflection you can grab from the busyness of this time of year. There is much more information on the website www.the-heart-of-christmas.co.uk where you can also read some sample reflections.

The themes covered week by week as Christmas approaches are Judging. Waiting, Saving and Coming. Suggestions for daily personal reflection come under the headings Rejoice, Reflect, Remember, Resolve and lead the reader into a readiness for Christmas that will give the Festival added value
.
The book costs £8.99 including postage (orders from outside UK will be sent surface mail). The thoughts for each day are also on 2 CDs priced at £14.99. To purchase, using either PayPal or one of the other cards pictured, click on the Buy Now button below.